Tonight’s headliners need no introduction, four-piece Rock act Sirpico have been treading the boards for quite a while now and I have personally worked with them on many occasions. Each time they always put on one hell of a show, impressing with their original material. They have brought a considerable crowd with them and before they even arrive on stage, the atmosphere is such you can just tell it’s going to be a great night. The band feature the male diva himself Al Sirpico on Piano/Lead Vocals, Dan Mezza on Electric Guitar/Backing Vocals, Paul Finch on Bass/Backing Vocals and the powerhouse of Tim Pidgley on Drums. They kick off with one of their newer tunes “Without You”, a tune that could easily be a stadium anthem full of great chords and a chorus a crowd can latch on to immediately. The four have a chemistry like no other and work together like a well-oiled machine, delivering in all areas. Drummer Tim attacks his kit with ferocious energy with a skill and supreme confidence, working perfectly with Paul’s spot on basslines. Al’s big vocals; coupled with his expertise on the piano, along with Dan’s effect driven guitars give the songs their uplifting momentum.

An early highlight includes a great new tune and hopefully future single ‘Digital Me’ which shows their impressive combined creative ability. A trip into the past with live favourite “Perfect Lady” gets the crowd singing and energetically clapping along. The crowning glory of the set is undoubtedly the recent single “Jamie Lee”; a tune inspired by US Rock band The Eagles and all about a crush on Halloween actress Jamie Lee Curtis. The band invite their own “Bez” to the stage who provides some great Dad-Dancing along to the song. The song shows the band at their very best and the crowd clearly love it, with plenty of dancing going on in their seats. The band leave the stage to a standing ovation with lots of noise from the crowd, who despite being a “school night” are still wanting more. The band oblige with their final tune “Monster” ending a fantastic set; one of the best ‘Live & Unheard’ has seen, one that has certainly set the benchmark for the year ahead. (Reviewed 2020) 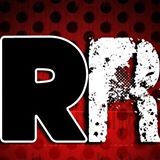 Sirpico as always take to the stage like they were born to be there. Effortless, powerful, charismatic and engaging. New track ‘Jamie Lee’ tries out its legs on the Bournemouth crowd for the first time and possibly steals the show, it takes the sum of everything that is truly great about this band, all their influences, passions and skillsets and melds them together in almost the perfect fit, definitely looking forward to hearing it again, a beautiful culmination of the talent displayed trough out the rest of the set. This is a band that draws from a rough and ready roster of inspiration and merges it into something entirely unique. Whilst the vocals reach out and grab you by the balls, the honky tonk piano smoothes your hair down and tells you not to worry before the drums start slapping you repeatedly around the chops as the guitar tickles you from behind. It can be a confusing experience, the influence base is definitely wide and varied but they merge it together into a sound that is their own and somehow totally engaging. On certain tracks the bass struts in others it languishes in the background a little, call us heathen but ‘Jamie Lee’ is a prime example of how well the bass can work for this band and it’s a little hidden under the keys at times but completely sells the sound when it comes through. This is a fantastic local band going from strength to strength and they never disappoint live, if you haven’t already check them out, we’ll definitely be at the next show. (Reviewed 2019) 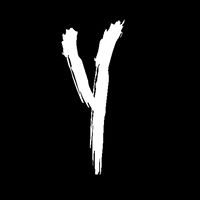